We are happy to announce our four invited speakers!

Arne Bathke: COVID and the Pandemic of Bad Statistics 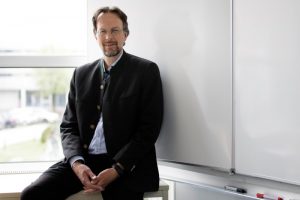 Biography: Arne Bathke was born in Hamburg and grew up in northern Germany and Norway. He studied mathematics in Göttingen, completed study visits in Italy and the USA and received his doctorate in 2000. From 2001 to 2007 he was an assistant professor at the University of Kentucky, where he subsequently became an associate professor and full professor. In Kentucky, he built up a statistical consulting centre and took over its management. In addition to methodological work in non-parametric and multivariate statistics, he has published interdisciplinary research with computer scientists, educational researchers, biologists, aquatic researchers, agricultural economists, veterinarians, agricultural scientists, plant pathologists, software developers and medical doctors, among others, and has also advised government agencies. In total, his publication portfolio contains more than 100 peer-reviewed papers, about half of which are methodological and half interdisciplinary. On predominantly methodological topics, Bathke has given invited lectures, talks and workshops on five continents.

Bathke has received various awards, including being named the “Henry Clay Ambassador” of the city of Lexington (Kentucky) by the mayor for his civic engagement, the Salzburg Cultural Fund awarded the MINT:labs he co-founded in 2020, and he has received two university-wide awards for excellence in teaching. Since October 2012, Arne Bathke has been University Professor of Statistics/Stochastics at the Department of Mathematics at the University of Salzburg, 2015-2021 he was Dean of the University’s Faculty of Natural Sciences and since January 2022 he has been Dean of the newly established Faculty of Digital and Analytical Sciences. Furthermore, he was President of the International Biometric Society – Region Austria-Switzerland (IBS-ROeS), is on the Board of the Austrian Statistical Society (ÖSG), Editor (together with Matthias Schmid) of the Biometrical Journal, the flagship journal of the International Biometric Society Regions Germany, Austria-Switzerland and Italy, and Associate Editor of two international statistical journals (International Journal of Biostatistics, Journal of the American Statistical Association).

Abstract: Statistical numbers and graphs are often used to provide a sense of scientific accuracy and authority. If they are indeed obtained and analyzed in a sound and sensible way, this can be justified. However, the Covid pandemic along with the associated incentives for speedy mass production of graphs, numbers, and papers, has reminded us that even within the scientific community, not everyone has understood the basic statistical concepts that should be underlying serious attempts to deal with data. We will look at some examples and try to make suggestions on how to avoid the most common pitfalls.

Barbara Prainsack: Beyond the ethics bubble: What matters for good data-centred research? 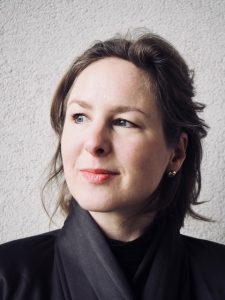 Biography: Barbara Prainsack is a professor and Head of Department at the Department of Political Science at the University Vienna, where she also directs the Centre for the Study of Contemporary Solidarity (CeSCoS), and the interdisciplinary Research Platform “Governance of Digital Practices”. Her work explores the social, ethical, and regulatory dimensions of genetic and data-driven practices and technologies in biomedicine and forensics. She holds honorary positions at the School of Social and Political Sciences at the University of Sydney, at the Department of Global Health & Social Medicine at King’s College London, at the Centre de recherche en éthique (CRE), University of Montreal, Canada, and at the Centre for Health, Law, and Emerging Technologies (HeLEX) at the University of Oxford. Her latest books are: Personalized Medicine: Empowered Patients in the 21st Century? (New York University Press, 2017), and The Pandemic Within: Policy Making for a Better World (with H. Wagenaar, Policy Press, 2021). Barbara is also involved in policy-related work, e.g. as a member of the Austrian National Bioethics Commission, and as Chair of the European Group on Ethics in Science and New Technologies which advises the European Commission.

Abstract: In recent years, numerous research papers and initiatives have considered what ethical principles data-centred research in the digital age should adhere to. Despite their great diversity, what most of them have in common is that they are moulded after principles in medical ethics. Medical ethics, however, takes the physical body of patients as its reference point, which raises very different questions from engaging with people’s ‘digital bodies’. In addition, data-centred research in the digital age is embedded in a political economy divergent from that in the paper age. In my talk, I will outline the elements of a data ethics fit for the digital age, arguing that it needs to be ‘political’: Not in any partisan sense, but in that it does not shy away from asking what a ‘good’ society is and how data-centric research can contribute to it. 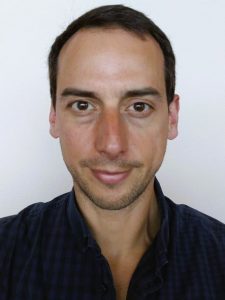 Biography: Lennart Martens is Full Professor of Systems Biology at Ghent University, Group Leader of the Computational Omics and Systems Biology (CompOmics) group at VIB, and Associate Director of the VIB-UGent Center for Medical Biotechnology, all in Ghent, Belgium. He has been working in proteomics bioinformatics since his Master’s degree, which focused on the computational interpretation of peptide mass spectra, and the sequence-dependent fragmentation of peptides. He then worked as a software developer and framework architect for a software company for a few years, before returning to Ghent University to pursue a Ph.D. in proteomics and proteomics informatics. During this time, he worked on the development of high-throughput peptide centric proteomics techniques and on bioinformatics tools to support these new approaches. In 2003 he designed and built the PRIDE repository for the global dissemination of proteomics data at EMBL-EBI as a Marie Curie fellow of the European Commission. After obtaining his Ph.D., he rejoined EMBL-EBI to coordinate the newly created PRIDE group for the next three years, firmly establishing the system as the world’s foremost public proteomics data repository. He then moved back to Ghent University and VIB to take up his current positions, in which he focuses on novel machine learning algorithms for mass spectrometry data analysis, and their application to the large-scale orthogonal reprocessing of public proteomics data. Prof. Martens has been elected to the Young Academy of the Royal Belgian Academy of Sciences in 2013, to the Human Proteome Organisation (HUPO) Council in 2016, has been elected President of the European Proteomics Association (EuPA) in 2020, and was admitted as Fellow of the Royal Society for Chemistry in 2018. He also served on the HUPO Executive Board from 2017 to 2019, and was President of the ABRF Proteomics Informatics Research Group (iPRG) in 2011. Dr. Martens received the 2014 Prometheus Award for Research Excellence from Ghent University, and the 2015 ‘Juan Pablo Albar’ Proteomics Pioneer Award from the European Proteomics Association (EuPA). An author on 265 peer-reviewed papers, he has also co-written two Wiley textbooks on computational mass spectrometry.

Abstract: The field of proteomics has leveraged advances in instrumentation, methods, and software tools to dig ever deeper into the protein content of cells. But proteins, who tend to do most of the actual work in cells, are more complex than just their sequence alone would suggest; their function is regulated, their localisation influences their capabilities, and their interactions can define what role they play. Despite the fact that we know all of this, we know very little about the key regulators involved: protein modifications. While some, most notably phosphorylation, have been studied a lot, other modifications remain more mysterious. And more interesting phenomena, such as competition between, or coordination of, modifications on the same site or the same protein remain equally underexplored.

Interestingly, a new generation of machine learning-based identification tools is now dramatically enhancing our ability to discover the proteome-wide modification landscape, with ionbot (https://ionbot.cloud) the leading exponent of these revolutionary new tools. Itself based on the MS²PIP (https://iomics.ugent.be/ms2pip) and DeepLC (http://compomics.github.io/projects/DeepLC) models to predict analyte behaviour, ionbot is fast and reliable, and allows unbiased identification of protein modifications at unprecedented scale. We are now working on providing this open modification capability to (immuno-)peptidomics as well, where we have already been able to show that our predictors allow substantial advances in identification sensitivity and specificity.

To show the capabilities of ionbot, and to cast a first glance at the true complexity of a proteome as our experiments and instruments have seen it, we have applied ionbot to about 1 billion human spectra, and over 600 million mouse spectra from the PRIDE archive (https://www.ebi.ac.uk/pride), uncovering a plethora of modifications of various origine and level of interest. This wholly new view of the modified proteome dramatically changes our view on proteins, and shows the overwhelming abundance of modifications, chemical, biological, or artefactual that affect the protein machinery of life.

We have also built upon this information in two orthogonal, promising ways. The first is to use these data to detect protein associations or interactions, sidestepping typical bias issues that are typically introduced by literature-mining. Second, we can use these proteome-wide results to analyse tissues and even cell types for their protein composition, yielding detailed information on tissue-specific proteomes with potentially far-reaching applications. 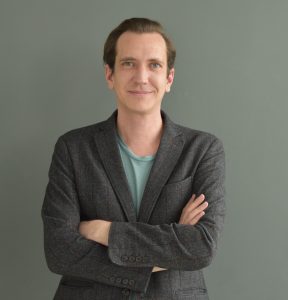 Biography: Jörg Menche began his training as a theoretical physicist and received his PhD from the Max Planck Institute of Colloids and Interfaces in Potsdam (Germany). He then moved into the field of Network Biology as a postdoctoral fellow in the group of Albert-László Barabási (Northeastern University, Boston, USA). Here he collaborated closely with Joseph Loscalzo (Harvard Medical School) and Marc Vidal (Center for Cancer Systems Biology at Dana Farber Cancer Institute) to layout the theoretical framework for interactome approaches to studying human disease. In 2015, he moved to Vienna to start his own research group at the CeMM Research Center for Molecular Medicine of the Austrian Academy of Sciences. Since then, he has assembled a truly interdisciplinary group composed of members with backgrounds ranging from biology and bioinformatics, to physics, mathematics, and art. In 2020, he moved to the University of Vienna, where he now holds a full professorship at the Max Perutz Labs and the Faculty of Mathematics.

Abstract: Virtually all processes in health and disease rely on the careful orchestration of a large number of diverse individual components ranging from molecules to cells and entire organs. Networks provide a powerful framework for describing and understanding these complex systems in a holistic fashion. In addition to a plethora of mathematical and computational tools, networks also offer a uniquely intuitive visual interface to big data. In my presentation I will review the challenges of large-scale network visualizations and present our recent work on creating interpretable network layouts. Finally, I will give an overview of our Virtual Reality (VR) network exploration platform VRNetzer. The VRNetzer represents a general purpose data exploration platform for large and diverse data types by providing an interface that facilitates the interaction between human intuition and state-of-the-art analysis methods.

Bio+Med+Vis Summer School 2022 is happening just before VCBM in nearby Brno!