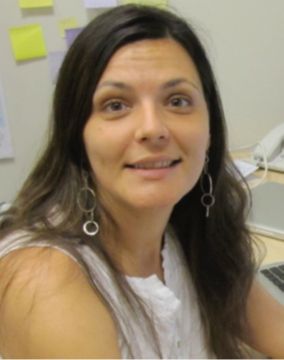 PhD and Founder of The Visual Thinker, LLP

Gloria Fuentes studied Organic and Physical Chemistry and holds a PhD in Molecular Biology and Enzymology. However, most of her scientific career she has been working at the intersection of Structural Computational Biology and Biomedicine. Her life as a researcher has taken her to different countries as diverse as the UK, The Netherlands, Spain, Singapore and Japan. These experiences have given her an eclectic way of understanding her science and life.

After her maternity, she decided to make some changes as well in her professional life and dove into the illustration and animation world to combine her fascination for science with her passion for more artistic avenues. She committed herself to solving the scientific communication problem between her former peers and society. Her motto is: “Let’s unleash creativity to bridge the gap between science and society. If I can illustrate it, you can understand it.” 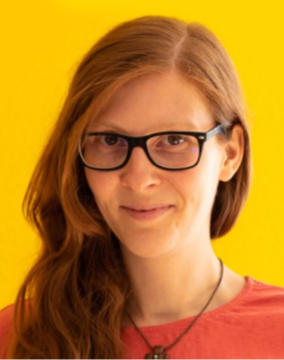 Daniela Leitner is a German Communication Designer with a great passion for explaining science. She creates infographics, animations, books and films by mixing 2-D and 3-D techniques to create new extraordinary visual worlds that impart knowledge in an understandable fresh and sometimes humorous way. Since 2012, with the publication of her diploma thesis – the popular science book »Als das Licht laufen lernte«, that won several design awards and was also nominated for scientific awards –, she works in the field of visual science communication. Her customers include numerous scientific research institutions, such as Fraunhofer Institutes, Helmholtz Centers, Leibniz Institutes, the German Research Foundation (DFG), the Swiss Paul Scherrer Institute as well as universities and scientific publishing companies.

Katharina Petsche is a motion designer based in Vienna. In 2015 she got self- employed and since then produces animated explainer videos. She holds a degree not only in Media and Information Design but also in Molecular Biology and loves to use animations to explain difficult information in a simplified and engaging way. Therefore she specialises in the production of scientific and medical explainer videos.

Bio+Med+Vis Summer School 2022 is happening just before VCBM in nearby Brno!