Professor Denis Noble CBE FRS FRCP is a British biologist who held the Burdon Sanderson Chair of Cardiovascular Physiology at the University of Oxford from 1984 to 2004 and was appointed Professor Emeritus and co-Director of Computational Physiology. He is one of the pioneers of Systems Biology and developed the first viable mathematical model of the working heart in 1960.

Noble’s research focuses on using computer models of biological organs and organ systems to interpret function from the molecular level to the whole organism. Together with international collaborators, his team has used supercomputers to create the first virtual organ, the virtual heart.

As Secretary-General of the International Union of Physiological Sciences 1993-2001, he played a major role in launching the Physiome Project, an international project to use computer simulations to create the quantitative physiological models necessary to interpret the genome, and he was elected President of the IUPS at its world congress in Kyoto in 2009.

Noble is also a philosopher of biology, and his book The Music of Life challenges the foundations of current biological sciences, questions the central dogma, its unidirectional view of information flow, and its imposition of a bottom-up methodology for research in the life sciences.

Title: What is Life? A systems biology perspective

Stephane Cotin joined INRIA in 2007 as Research Director.  Since January 2010 he has lead the SHACRA group, a multidisciplinary team of scientists involved in the field on medical simulation. Stephane also manages the development of a Large Scale Initiative on Medical Simulation,

Stephane is a senior research scientist with experience in biomechanical modeling, real-time simulation, and physics-based modeling. Specialized in medical applications, from training to planning of complex medical procedures. Management of several projects and teams.

Title: Numerical simulation in medicine: from training to per-operative guidance.

The variety, complexity and central role of modern medicine have been a strong motivation for many recent scientific developments. While medical imaging has become an integral part of today’s medicine, new fields are emerging, such as robotics, simulation, augmented reality, or workflow analysis. In this talk I will highlight the increasingly important role of (real-time) numerical simulation in various domains, such as training, but also for planning and in the assistance of complex interventions. I will illustrate the impact of simulation through a series of results in various areas of medicine, such as interventional radiology, ophthalmology, and laparoscopic surgery. Finally I will discuss some of the remaining challenges that still hinder the use of computational anatomy and simulation in medicine. 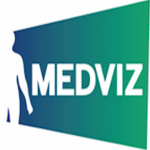