Home to the Bremen Town Musicians, worlds of discovery, Hanseatic heritage and aerospace expertise – Bremen is a destination with a wide-ranging appeal. Find out more about the city’s traditional and unusual attractions, shopping, exhibitions, plays and musicals. An old city can still be young at heart! 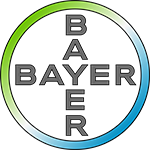